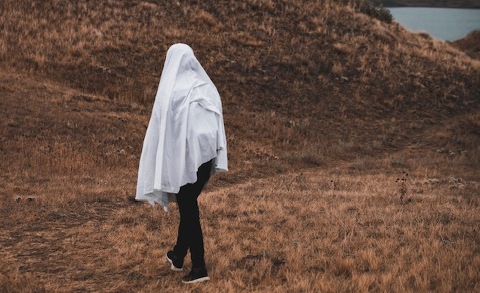 “Imposter syndrome can be defined as a collection of feelings of inadequacy that persist despite evident success. ‘Imposters‘ suffer from chronic self-doubt and a sense of intellectual fraudulence that override any feelings of success or external proof of their competence (G. Corkindale, May 2008).” So, that’s a mouthful. To put it simply, it’s a feeling that you don’t quite measure up the idea of what a “real” hiker/runner/biker/swimmer/paddler is in your head. How many times have you heard someone say, “I run, but I’m not a real runner.” Maybe you’ve even said something along those lines yourself.

I can’t even count how many of my friends have said it. While we were finishing our 3rd half-marathon, my friend told me that maybe if she finishes a whole marathon, she’ll finally be a “real” runner. While 10 miles in on a hiking trail in the middle of nowhere outside of Fairbanks, Alaska, another friend told me that she wants to be a hiker one day. We had hiked together at least 20 times before, on trails at least 15 miles long, but she still didn’t consider herself a hiker. No, I’m not kidding.

I asked what “real” meant to them, and they pointed to superficial attributes that had nothing to do with the success in their relative sports. They didn’t have the right clothes, the trendiest gear, the right body. The body thing seemed to be the biggest issue. “Real runners are skinny and don’t jiggle.” “Real hikers don’t have bulges under or over the hip belts of their packs.” “Real cyclists wear those cool tight outfits with the padded pants.” “Real swimmers look IG ready in a bathing suit.” I, of course, immediately countered with the fact that they were all very much ”REAL”. It took a lot of arguing though, and despite my pointing out all of the very obvious evidence, I’m still not sure they were convinced. I try to help people realize how wonderful, and strong, and badass they really are, but it’s almost always a losing battle. We have a tendency to be so much harder on ourselves and we hold ourselves up to a much higher standard than those around us. Still, I have made it my mission to stop it whenever possible. Of course, sometimes you forget to look in the mirror when you’re focused on other people. 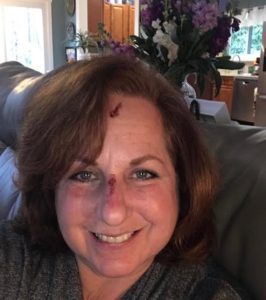 Case in point – me – the hypocrite of the story. While there have been times when I’ve felt like a total Badass, there have also been times when I’ve felt like a fraud – especially lately. Last year, I was feeling strong – ready to take on the entire Appalachian Trail! Then, two weeks out, I collapsed and passed out cold -several times. I thought that maybe it was due to dehydration or possibly some recent dental work, but it turned out that my epic face-plant during a training hike was a little more serious than I thought. A hidden skull fracture and some brain swelling were causing the issues. I was put on steroids and my hiking plans were put on the shelf. Every time that I thought that it was healed and that I was good to go, I ended up back on the steroids – and then on isolation thanks to the pandemic.

Anyway, what does this have to do with “Imposter Syndrome”? Well, along with those steroids and isolation orders came weight – a lot of weight. I have gained easily 70 pounds on top of my not even close to svelte figure over the past year. So, while I’ve been applauding you for your amazing accomplishments, I’ve been slowly outgrowing yet another pair of jeans. How can I motivate all of these awesome people to hit the trails when I can’t leave my neighborhood? Serious imposter syndrome. How can I share my skills in our YouTube videos looking like this? Major fraud alert. I was trying to show people how amazing they are while I was hiding. Not my best moments.

Luckily, I finally realized it last weekend when my husband suggested that we go hiking to celebrate my final medical clearance. Instead of the expected excitement, I said, “I can’t go hiking looking like this. I’m not a real hiker. Look at me!” I swear that I felt my hand slap me across the face. Who said that? Could I have just repeated that phrase that I’ve fought against for years? Yup. That came out of my mouth. At least the shock of hearing myself say it snapped me back to reality and it made me realize what I’d been doing for months. Ugh. The hypocrisy was just overwhelming. 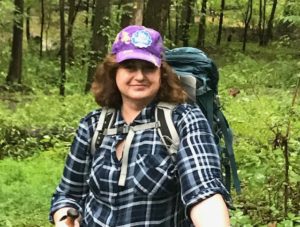 Yeah. So, where do I go from here? Well, forward, of course. But first, let’s reiterate – for you as well as for me – if your feet are touching the dirt on a trail, you are a “real” hiker. If you move your body in a running motion over the earth – no matter what the speed – you are a “real” runner. The same goes for whatever sport you try. You can gain skills and become “experienced” in your chosen sport and you can update your gear and your clothes, but you are always “real”. So am I. My weight doesn’t define me and whatever part of you that you’re hating on right now doesn’t define – or limit – who you are or what you can do. So, no more doubting, and no more hiding. Just get out there and do what you love to do. Life is so very short – way too short to worry about living up to some ideal image in our head. Go out and enjoy it – from one “real” 365er to another.

Pin It For Later: 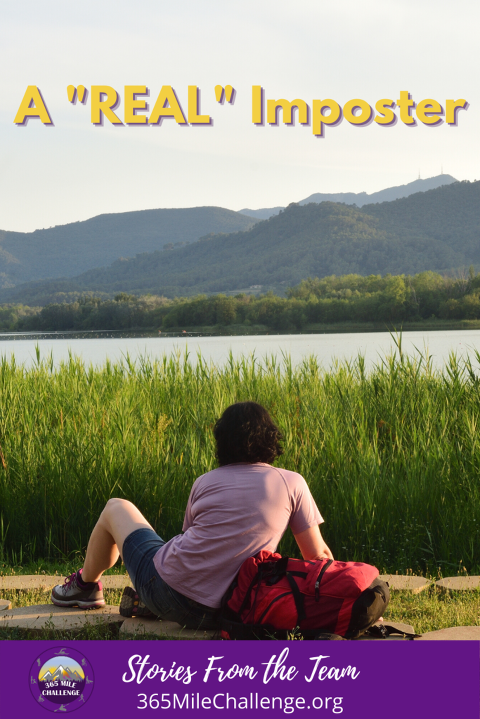