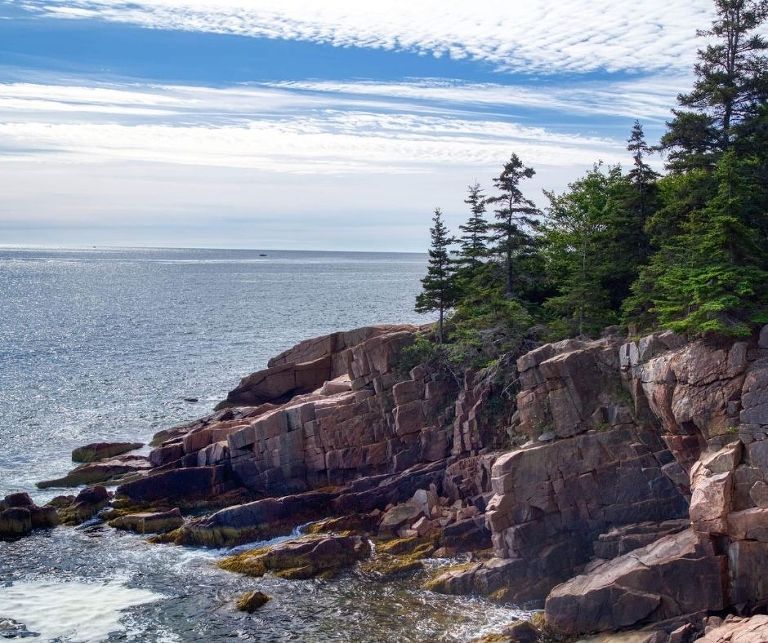 Today’s national park is the only park found in Maine.  This is Acadia National Park.  Acadia began as a small group of trustees started preserving land around Mount Desert Island for public enjoyment.  Land was donated from many different places to preserve watersheds, forests and beautiful views.  As the amount of land grew within the trust, the Maine legislature challenged the trustee’s tax-exempt status due to the loss of tax revenue from the land.  The trustees won the first challenge to their status but worried they would eventually lose against the state and could not afford the taxes on the land.  In 1916, 5,000 acres were presented to the American people as a national monument.  In 1919 the national monument was designated as Acadia National Park by Congress.  Acadia was the first national park east of the Mississippi river and it is the only national park in the northeast part of the country. (information gathered from the Acadia NP website) 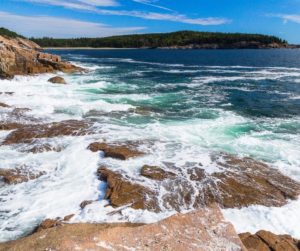 Like so many national parks, Acadia offers many different activities.  There are miles of hiking trails that encompass all kinds of environments.  You can summit a mountain, hike along the coast, hike in the forest or even find trails that include all of those.  If you like climbing, there are four commonly used areas with fixed anchors.  There are camping areas and public buses to take you to many of the locations within the park.  You are also allowed to drive your car to most locations. 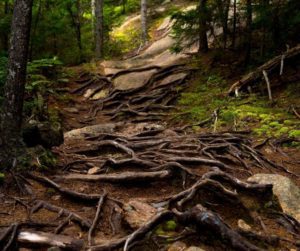 I’ve visited this park twice in my life.  The first time was my honeymoon to my first husband.  It was quite the trip.  The first night I thought we had reservations in Bar Harbor, no it was Bangor Maine.  That was an hour away.  Of course, there was a large bicycle race going on that weekend so getting accommodations was hard.  We did spend the rest of our honeymoon in Bar Harbor, but I did not get to hike much. The second time I visited the park was in September 2015.  I was visiting the park with some friends for just the day so we only could explore a small portion of the park.  We hiked a few of the trails and got to see some of the coastline and some of the forest.  Looking at the map of the park, I realize I need to go back some day and explore more.  The diversity of the park is just amazing. 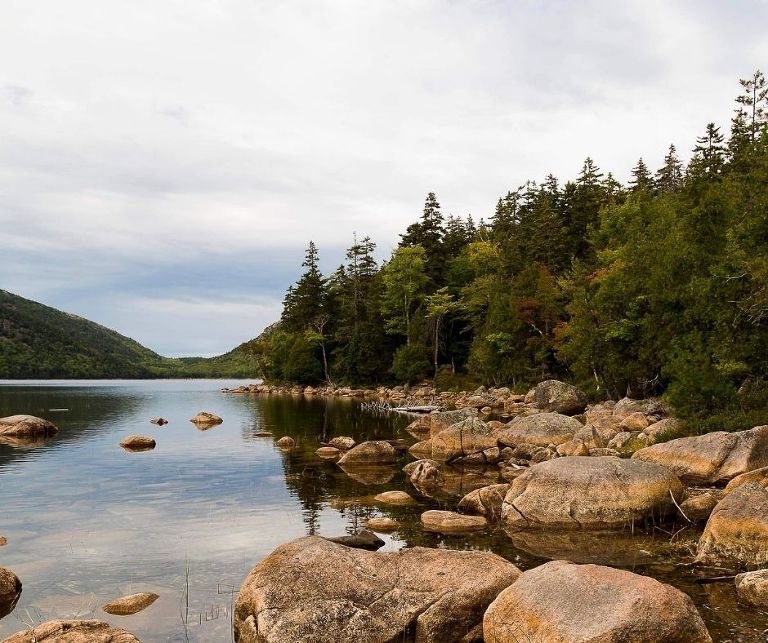